A few hours ago, I posted this image on Instagram (@pyridoxal) and hinted that I was taking pictures for a review.

I haven’t revealed which figurine I purchased in April until today, so here it is… 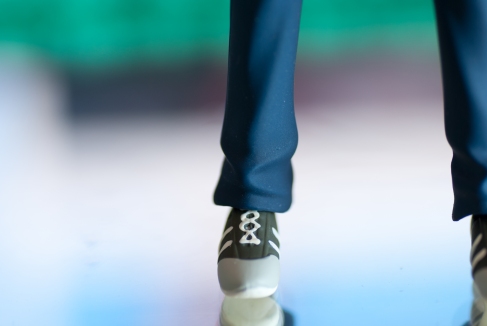 I wonder what figure it is?

AND now, if you didn’t know who it was before, you should know now… 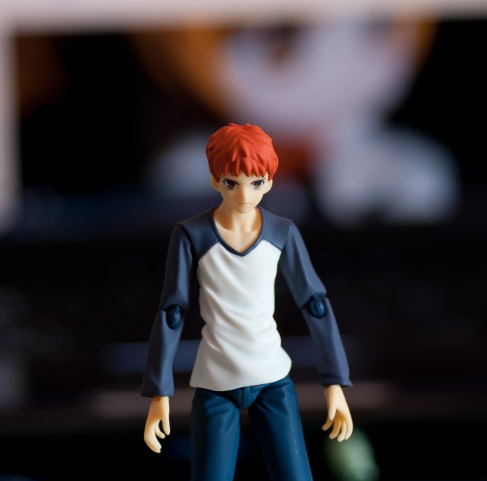 I bought Emiya at a collectibles store in St. John’s called Timemasters. I saw him there the last time I was there and  decided that, after close inspection, that he was a great figure. Sadly, the box does have some damage to it, but nothing on the figure is broken. I want to give the store a 7/10 when it comes to keeping their boxes safe, though I’d still recommend the store, as they sell real figures, no bootlegs.

Emiya comes with 8 hands, 2 of Archer’s swords, a huge arm and sword (presumably both from Berserker), and 2 face options. Though he is considered a plain character, he has a lot of accessories. My only complaint is that I wished he had more face options.
Accessories gets 9/10.

Now onto poseability. Being a Figma, Emiya is very poseable, in face, so poseable that I’m barely ran into posing issues. He’s one of the best figures I have when it comes to posing.
Poseability gets 10/10.

“People die if they are killed”

Now onto the paint quality. Being a Figma, there is no shading done to Emiya. That aside, there are no paint mess-ups that I can see. Though I wish Max Factory did that shading their Figmas, there’s nothing I can do except take .5 away.
Paint quality gets 9.5/10

Next up is sculpt quality. With both soft and hard PVC, the quality of the sculpt on Emiya ia pretty good. Though there are some crappy bits on the hair, it’s still pretty good.

Next is playability. What makes this figure special is the fact that it’s a a part of a huge series, which means a lot of different character figures. That aside, you have make some awesome battle scenes with Emiya as well. 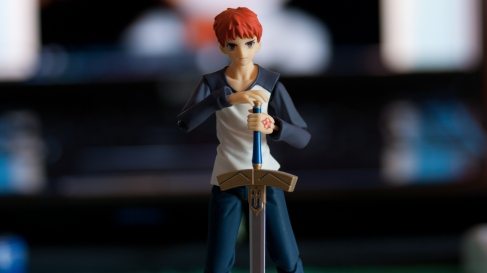 NOTE: Emiya does not come with Excalibur!!!! 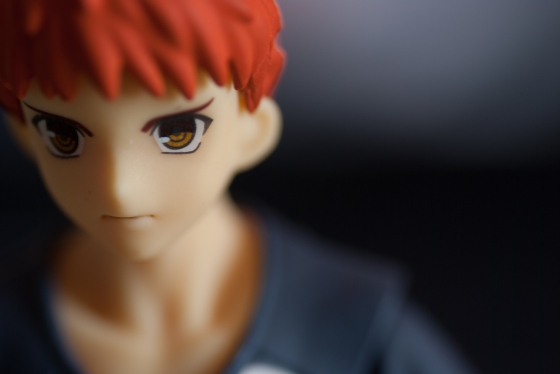 To sum up the review, I really like this figure. Not only is Emiya my first REAL guy figurine (I have 2 bootleg Nendo Petits), but he can also join Rider in my FSN collection.

Overall, Figma Emiya Shirou is a great figurine. I would recommend him for FSN/Type-Moon fans, as well as those looking for guy figurines. His overall score is 54.5/60, or 90.83%. Sure, not the best score, but it’s still a great figure.

In other news, I’m currently doing exams! As well, my graduation is in a week, so that’ll be sad.